Hello there, mate! I come to you today as a participant in Jem Jones‘ One Quirk Later flash fiction prompt series, where she provides a prompt, and I write the first thing that pops into my head. It was very exciting the last time I took part, so naturally I’m back with another quirk.

For this story, I decided to use a style that I’ve never done before. Well, I didn’t really decide to do this – it just sort of happened spontaneously. As things tend to do when they pop unannounced into one’s head.

Anyways, I hope you enjoy!

(you can find out more about this quirk here!)

An entry from Kasia Szymanski’s diary

I waded through a sea of colour. Overgrown and disorderly rows of tulips rippled into the distance, their stalks bending gently in the spring breeze. Normally the field would be well maintained, with the tulips organized by colour in neat rows, but no one cares for flowers during a bloody war.

I deeply inhaled the fresh air, relishing the feel of sun on my face. War had left its ugly mark on every part of my country, but the tulip field least of all. Now wild and deserted, it’s the perfect spot to walk with Marcin.

Dear Marcin. I can’t help but sigh like a schoolgirl when I think of him. I don’t believe I’ve written about it yet, but a few months ago – though it feels like years – I told him he was too old to go fight in another war. He went anyway, stubborn, patriotic, courageous man, and had gotten himself shot. Like I told him he would. Still, I felt nothing but relief and joy when he returned home after being pronounced unfit for battle. Maybe I’m selfish, but I enjoy having him near me at all hours of the day instead of in far-off battlefields. I never tire of seeing his face light up in the morning, of helping him hobble around on his crutch, of caring for his wound. Most of all, I love meeting him in that field, like we did long before the war, when we were young, star-crossed lovers.

Gazing over the fields, I finally spotted Marcin’s shadowy form making his way through a sparse clump of trees on the border of the tulips. He walked slowly, limping along. Every step was full of pain, I could feel it even from the distance, but he’d refused for me to walk with him and help him. This arrangement of taking separate paths to the tulip field, like a secret meeting between lovers, had been his idea. My dear Marcin, ever the romantic. He says it keeps the spice and thrill in marriage, whatever that means. But I can’t complain. I always have so much joy walking and talking with him in that field of happy colors, happy flowers, happy memories.

Ah, there I go again. Getting distracted. Back to the story.

I smiled as Marcin broke through the trees, but just then two figures burst into the tulips from the fields beyond. My heart stilled. German soldiers. They shouted as they ran toward me, crushing flowers beneath their boots and carrying rifles high. I froze, shooting a quick glance at Marcin. The soldiers didn’t appear to have noticed him as they plowed ahead. But all they had to do was look back.

As he entered the field, I saw with horror that Marcin was somehow carrying a huge bouquet of tulips with his crutches. I groaned inwardly. Why didn’t he drop the silly flowers and get to safety? He wouldn’t be able to help me here. Not wounded. Not unarmed. Not against two soldiers.

But he was clearly planning to do something. Which meant I had to stall.

The Germans reached me and one of them, with cheeks rosy against his pale skin, directed a rifle at my chest. I threw my hands up, forcing my breaths to be even. Sadness unexpectedly panged in my heart as I looked into their faces. They were just boys, really, boys with eyes that should not have been so angry.

They were also boys pointing a gun at me. I pushed aside all sentimental thoughts.

“What are you doing here?” the rosy-cheeked soldier demanded.

“Enjoying the weather.” I gestured further up with my already-raised hands. “Sunny, clear skies, for once. I was tired of the rain; weren’t you?”

“She’s a risk, Krause,” the other soldier said, glancing at me with vibrantly blue, distrustful eyes.

“If I was on your dodgeball team, yes. Otherwise, I’m about as risky as a tulip.”

Blue-eyes slammed the butt of a rifle into my stomach. “Shut up, old woman.”

I choked out a gasp, clamping a hand on my midsection. I still managed to groan, “I’m not old!”

Blue-eyes turned to his partner. “We have to kill her. Captain said no witnesses.”

“But I’m practically blind and deaf,” I said as I forced myself to straighten up and dismiss my panic. I subtly kept an eye on Marcin’s progress. He had the delicate task of wading through a field of tulips while hefting a huge bouquet of flowers, using a crutch, and being generally stealthy. I just hoped he had a plan, and I hoped he got here fast enough to execute it.

The soldier with pink cheeks, Krause, kept his gun trained on me. He cocked his head contemplatively. “That’s true.”

I cleared my throat, ignoring the fear and lingering throbs in my stomach. Be brave – for Marcin. “Well, gentlemen, looks like you’ve decided. For my part, I apologise in advance for the inconvenience my murder is going to have on your life.”

They both frowned. Krause stepped forward. “What do you mean?”

I forced myself not to look directly at Marcin. He was almost here. “Well, first of all, the gun shot will be heard for miles. That would ruin this clearly top-secret mission.”

“And,” I hastily added, “just imagine all the paperwork! Especially if you misinterpreted your captain’s orders.”

“I’m not old.” I crossed my arms and sniffed disdainfully. “Fifty something. Not old.”

“And you’re not important enough to warrant any paperwork. You don’t matter.”

“Yes she does!” a voice yelled. A gun went off. I dropped to the ground, crushing a dozen tulips as another shot blasted the air. After months of war and drills and death, I didn’t flinch, not even when blood stained the front of Krause’s uniform as he collapsed.

But I widened my eyes when a huge bouquet whacked Blue-eyes head. As the soldier stumbled back, he raised his gun and fired, but his aim was off.

Still holding the end of the bouquet, Marcin raised a pistol with the other hand and pulled the trigger. At such a close range, Blue-eyes crumpled instantly into the tulips.

I shot to my feet and hurried to pick up Marcin’s discarded crutches, determinedly not looking at the dead soldiers. But as I bent, a gun fell to the ground and a hand gripped my arm.

“To hell with my leg. I almost lost you, Kasia!”

I rose slowly and stared at him, his face weathered over the years of toil and hardship. When I met his eyes, Marcin cleared his throat and held the bouquet out to me, grinning almost as lopsidedly as the tulips hanging with broken stems.

I sighed. “Don’t you think this is the wrong time? More soldiers are probably coming and we need –“

“Ah ah, not so fast.” His blue eyes sparkled. “This bouquet saved your life. Only place I could think of to hide the pistol so the army didn’t collect it. You ought to show these flowers more respect.”

I gave him a look but I couldn’t suppress my own smile. I took the bouquet and allowed him to wrap his arms around me. He kissed me on the forehead.

“If they’d killed you, I would have gone crazy,” he murmured.

“Well we can’t have that.” I grinned up at him, an expression he matched, deepening his wrinkles. I’d traced each one countless times, those physical proofs of the frowns and grimaces and smiles that told the story of his life, a life I fell deeper in love with every day.

His expression suddenly growing serious, Marcin tightened his embrace. “The fight will get worse in the coming days.” He gazed at me with that passionate determination of his. “But we will survive this war. I’ll make sure of it, my dear, beloved Kasia.”

As his lips brushed against mine, the setting sun cast its golden rays on the tulip field. It was now trampled, and its flowers were crushed by the dead. The war had left its ugly mark on the field, after all.

But as I write this, I can only pray that, like the dawn, peace and joy will rise in my country once again.

I’m a black belt, avid traveler, and together-slapper of words (better known as a writer.) I love the ocean, hot air balloons, music, and languages, especially French and Russian. My goal is to bring you along on my voyages through the magic of stories, and to share the love of Jesus on the way. 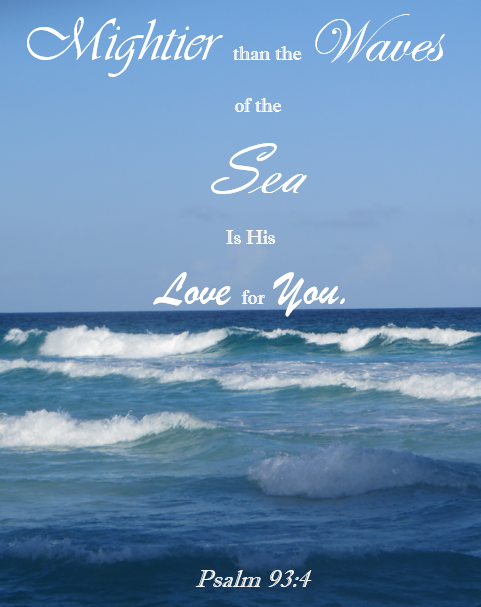